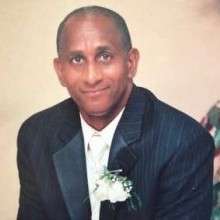 James graduated from Lincoln High School, Kansas City, MO in 1978. James began his career as a painter in 1982 and established “James Fletcher Painting“ in 1986. He retired in November 2017.

He enjoyed sports and played basketball with his spiritual brothers. James enjoyed a very active lifestyle which included spending time with his wife, Bridget, along with his great niece and nephew at the parks, playground and gym.

His love of life and desire to live was evident by his endurance of 87 treatments of chemotherapy - Ecclesiastes 3:11. He dearly loved his wife, children, and in-laws as well as his spiritual and fleshly brothers and sisters. During his many treatments, James would spend the time to encourage his spiritual brothers and sisters who were new patients at the cancer center. James prayed that Jehovah would provide him the strength and endurance during his last days to make necessary preparations for his death in order to the ease pain and stress on his wife. He expressed thanks to Jehovah for hearing his prayers. Most of all James loved Jehovah (John 14:31).

He was baptized June 9, 1978, and strived to follow Jesus Christ example and command at Matthew 24:14. He took advantage of many opportunities while at the cancer center and hospitals and talked to the nursing staff about his hope in God’s kingdom. James developed a special and strong bond with his oncologist. His oncologist not only spoke highly of James but also cared for him as a physician and friend.