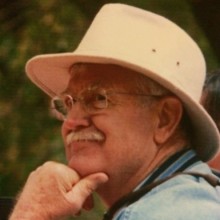 Marin County fixture and local legend, Jim Miller, passed away peacefully at home on Wednesday, Sept. 2, at the age of 77, surrounded by his loving family.

A true Californian, Jim was born in Berkeley, June 1, 1938 to Merwin, an engineer for Chevron, and Doris Jean. After graduating with honors from the University of California at Berkeley and UCSF Dental School, Jim began his orthodontic career in the Air Force, stationed in Japan before traveling around the world and returning to the Bay Area with his new bride, Naomi, to settle in Marin County. Starting in Sausalito, then Forest Knolls, the couple finally settled in San Geronimo and built their dream home, a ‘tree nest’ in the Redwoods, where they could enjoy the beautiful surroundings and raise their two boys on a steady diet of outdoor activity and adventure. Dr. Miller maintained his orthodontic practice in San Anselmo for 42 years, inducing thousands of smiles with his friendly banter, while fixing them carefully with his skilled hands.

A charismatic, and natural born leader, he led countless hiking, mountaineering and cross-country skiing expeditions all over California starting in his teens as a scout and later as a trip leader for the Sierra Club. An avid marathoner, trail runner, and Dipsea Race diehard, he participated in over 25 runnings of the historic race, and 11 of the grueling Double Dipsea, amassing many great finishes, highlighted by two black shirts (22 and 33) and 11th place in the Double. His legacy of service includes 28 years as a Ross Valley Rotarian, a long tenure on the Lagunitas School Board, decades of volunteer consulting at UCSF, several seasons coaching youth soccer, and a multitude of other charitable activities, sharing his time and money with those in need to improve the community for us all.

We will miss his relentless humor, spontaneous bursts of song, priceless poetry, and most of all his warm and caring nature which never failed to elevate our spirits. He is survived by his wife, Naomi, brother, Ed, sons, Gene and Kenji, and 4 grandchildren. Donations may be made in his name to West Marin Senior Services.