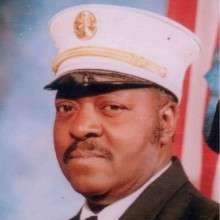 Jim Smith, 89, of Huntsville passed away Saturday.  Mr. Smith was a member of St. Stephens Episcopal Church and was a former member of the vestry. He was very active with the Salvation Army Food Van and involved in the Art’s in Education and the MAGIC Program for the Huntsville Art’s Council.  During the early 60’s and 70’s he was a member of the Huntsville-Madison County Chamber of Commerce and was very active in the Chamber’s Huntsville Industrial Expansion Committee.  He retired from Redstone Paper Company after 26 years. He was preceded in death by his wife, Johnnie Smith.

In lieu of flowers, memorials may be made to the Building Fund, St. Stephens Episcopal Church, 8020 Whitesburg Drive, Huntsville, AL 35802.