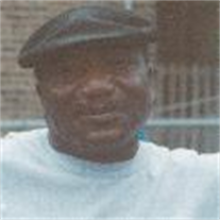 Mr. James Earl Doss' early childhood was spent in Louisville, Mississippi, but from the 5th grade on, he grew up in Illinois.

His mother worked for General Motors when he was a young boy and later stayed at home to help organize their family life. In 1979, his mother married Bill Douglas and with James' siblings, Angela, David, James, and Rodd, their family was complete. He spent his days looking forward to the next time he could go fishning.

As James matured and attended Robeson High School, he was involved in sports. He played football, and set records in track and field running the 100 meter and other cross country meets. True to his hard-working nature, he began working at Paragon Glass factory his junior year of high school. He stayed with the same company throughout his life into his adult years.

When James was not working, he enjoyed spending time with his family. He had an especially close bond with his mother. Though he was an independent and serious person most of the time, he was known to tease his mother on occasion. He knew how to really get to her, as he would sometimes joke with her about flashing the farmers while sitting on their front porch. This would mortify her, but it also showed he had a light side. James and his family were forced to say goodbye to his mother in 2000. This was a sad time, and James was supported by his brothers, aunts, and uncles (especially Uncle Bill and Aunt Ethel). In time, he found the goodness in life again.

Much of the goodness was found in the love he had for Charisse and Timothy, his niece and nephew. The time he spent with them filled a special place in his heart. Christmas time was a cherished holiday when he would try to make sure the kids were taken care of in memory of his mother and their grandmother.

James departed this earth in the late evening on June 19, 2017 from a heart attack. Sadly, on Tuesday morning, June 20, 2017, James was found unresponsive in his home. After living such a fulfilling life, we must look to one another to find comfort in our grief. With the memories we share, we can seek peace. His memory will forever live in our hearts, and he will never be forgotten.

He will be sadly missed by his siblings, niece, nephew, aunts and uncles.

He will be laid to rest at: