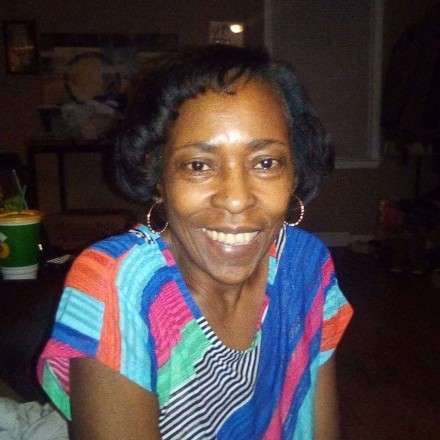 Herbie Jean Maney was a resident of Gary, Indiana. During the late night hours of January 31, 2020, at St. Mary Medical Center, Jesus came and escorted Connie to her heavenly home. She was 63. Herbie was born March 31, 1956 in Gary, Indiana to the late Evelyn Spencer Ard and Garvey Ard.
Herbie had a heart of gold. She was always willing and ready to give a helping hand to anyone she met. Throughout life she touched many lives with her smile and gentle spirit.
Herbie  joined New Mission of Jesus Christ Church where she served as an usher faithfully until her health began to fail.
Herbie  was a devoted mother, sister, aunt, and grandmother. Anyone who knew her, knew that her favorite color was “Purple”. Nicknamed “BB” very early in her life, she had a calling to nurture. She raised many as her own. She believed as long as she had food and shelter, no one would go hungry or homeless. Everyone knew family and friends was Herbie's passion and delight. Many times, you would see her, and it appeared there were only one or two children in the car, but then you would find yourself counting all her little grandchildren getting out of the car. Her work on earth is done. She touched many lives. Herbie enjoyed spending time with her family and friends, and one of her favorite pass times was crossword puzzles and traveling with her grandchildren; her life was full of joy as she attended many family celebrations.
She leaves to cherish her memories her children Luciana, LaVar, and Charletta Maney; siblings Bobbie, Rubie, Mary, Elijah, Connell, Matthew, Eddie, Atha Lee, and Velma and a host of other family and friends. Seventeen grandchildren, and fourteen great- grandchildren, one sister, Floridine “Tudy” Washington, and brother, Dennis Ray,. (deceased), Vincent Ray,.(deceased), and a host of nieces, nephews, relatives and friends.