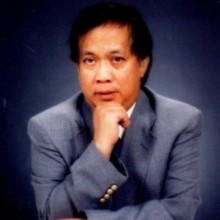 Henry Ponce, 69, passed away Saturday, January 23, 2016 in Salinas. He was born on July 15, 1946. He fought hard for two months after medical complications from his dialysis.

As part of a military family, Henry lived in Okinawa and in many states prior to settling in Salinas in 1962. He graduated from North Salinas High School in 1964 and attended Hartnell College and Northrop Institute of Technology in Los Angeles. An eight year enlistment with the US Army then ensued. During this time, he met his wife, Modena, and they were married in San Francisco in 1972. His military tours included the San Francisco Bay area, Alaska, and Germany. It was in Germany where their first son, Rick, was born in 1975. When Henry's father died in 1977, he moved his family to help care for his Mom in Salinas, His second son, Chris, was born in 1979. Henry worked for 25 years in real estate and various mortgage brokerage firms including his own company, Executive Financial Services. Some of his workers have remarked that he was a boss who would give his shirt off his back and he was always available to help them with any needs. He also liked playing practical jokes on his family.

He was preceded in death by his parents, Fructuoso and Consorcia Ponce.