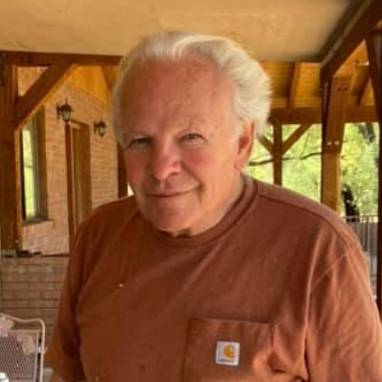 Harold Neldon Dennison was born of Theodore and Edith Dennison on September 19th, 1943 in Delta, UT. He passed away on February 17th, 2021 from complications of liver and pancreatic cancer. Harold was the eighth child of a family of nine. Harold is survived by his wife Elaine and his 3 remaining children; Shawn (Josephine), Judy (Kent), and Emily (Ryan), and his three grandsons. Harold has joined his youngest son, Henry, who passed away in 2010. Harold celebrated his 55th wedding anniversary to Elaine Pinckard days prior to his death.

Harold graduated from Granger Highschool in 1961 where he showed interests in wrestling and woodworking. Following his graduation from high school, Harold served an honorable mission for the Church of Jesus Christ of Latter-Day Saints in the Western States Mission area. This region covered parts of Nebraska down into New Mexico where he served and performed a labor of love to the people there. Harold later served his country in the Utah Air National Guard, during this time, he met his beautiful wife, Elaine, and they were married in the Manti Temple in Utah for all time and eternity.

Harold worked as a pharmaceutical salesman for 25 of years, during this time his hobby and love of carpentry grew. Finding his true joy in woodworking and general contracting he later quit his job as a salesman and started his own business building custom cabinetry and homes which he continued to work on until his dying days. Harold loved working with his hands and found his true calling in life as a craftsman and shared this love with his son, Henry, and son-in-law, Ryan Cushman.

Harold was a man of faith who joyfully served both his church and community. Later in Harold’s life, he and his wife served a Family History mission in Salt Lake City Utah between 2007-2008. Harold lived a very blessed life and was beloved by those around him. Harold will be remembered for his boisterous attitude, good-natured personality, and generous heart. Harold truly was the kind of a man who would give the shirt off his back in need for another.