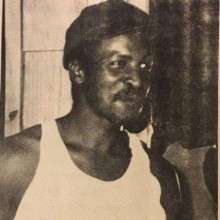 Harold L. Franklin was born May 18, 1949, in Birmingham, Alabama. He was the first of four children.

Harold came to Chicago in 1957. He received the Lord into his life at an early age. He received his formal education at Rhodes Elementary and graduated from Calumet High.

We knew you didn't wear your feelings on the outside for everyone to see. You didn't feel you had to chatter a lot to be heard. You sometimes liked to keep things to yourself, but you never fooled us, not even once.

Franklin was very quiet and affectionate in his own way. There were times that being alone was what he wanted to.