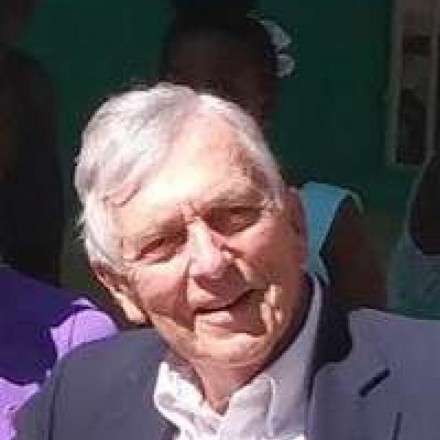 He was born on November 16, 1936 to Harold Leonidas and Florence Alma (Daehler) Hayes and raised in Portsmouth, Ohio. He graduated from Portsmouth High School in 1954, from Harvard College in 1958, and from Harvard Divinity School in 1961. He then served in pastoral ministry at Zion United Church of Christ in Cincinnati (Norwood), Ohio and at Old First Reformed Church UCC in historic Old City Philadelphia, PA before moving to Rhode Island to become the Conference Minister of the Rhode Island Conference United Church of Christ and served in that position for 20 years. He then received the honor of Conference Minister Emeritus. After retirement as Conference Minister, he taught “Ethics” and “Judaism, Christianity and Islam” courses in the Philosophy Department at the University of Rhode Island as an Adjunct Professor for 17 years.

A Memorial Service of Celebration for his life was held at 11 a.m. on October 19 for relatives and friends at the Seekonk Congregational Church, United Church of Christ, Seekonk, MA.

An Interfaith Service of Remembrance and Thanksgiving for the Conference Churches and Clergy took place on October 26 at 11 a.m. at Central Congregational Church UCC, 296 Angell Street, Providence, RI.

Donations can be made towards the expenses related to the interment of his ashes and towards the relocation and restoration of the columbarium at: Old First Reformed Church, 151 N. 4th Street, Philadelphia, PA 19106.   (215) 922-4566

An on-line tribute by the United Church of Christ can be viewed at:

A tribute video prepared for the Annual Meeting of the Southern New England Conference UCC can be viewed at:

An online obituary from the funeral home is available at:

An online obituary from the Providence Journal is available at: