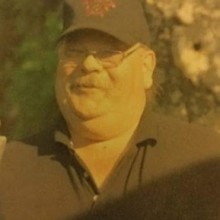 Gregory "Cowboy" Saack, 63, of Rhinelander, Wisconsin, passed July 10th, 2017.Greg was the father of three children and a grandfather to four

Greg was the father of three children and a grandfather to four grand-children. Greg raised his children in Wisconsin Rapids, Wi, working various jobs throughout life, but found his home in Rhinelander, Wi. He was a member of the Pine Lake Fire Department, he also worked at the boy scout camp as "Mr. Fix It". He enjoyed the new friends he had made at both places that eventually became more like family.

He is proceeded in death by his brother, Glen Noska and his nonbiological father, Jim Miller.