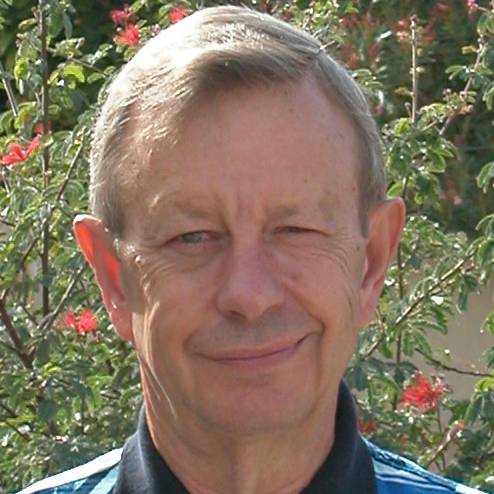 Eugene Stout, 79, of Tempe, AZ left this earth on October 18, 2020 at home with family by his side after a battle with Parkinsons Disease.

Eugene was born on May 29, 1941 in Phoenix, AZ and lived in Arizona all his life. He graduated from Aqua Fria High School in 1959. He joined the Air Force in 1960. In 1966 he started to work at Motorola 52nd St plant in Phoenix. Most of his time at Motorola he worked in the Advanced Test and Factory Systems Development. He loved working with the people there. After retirement he looked forward to attend their annual reunion. He met his wife, Lottie, at Motorola in 1966 and they married in 1968. They celebrated their 52nd anniversary in August.

He is preceded in death by his father, Luther Green Stout, his mother, Hattie Lou Jones, his stepfather, Walter Jones, his daughter, Tammera Petty, his son-in-law, Bill Petty.

He is survived by his wife, Lottie Stout, daughter, Lara Brunia of Gilbert, AZ, grandson, Jakob Lockridge and granddaughters, Finnigan (Finni) Selvig and Isabella (Bella) Selvig and many brother-in-laws, sister-in-laws, nieces and nephews who he loved deeply.

Eugene was known for his intelligence, quick wit and sense of humor as evident in his profile on Classmates.com in 2008:

"After graduating from Agua Fria I went to ASU for one semester. Then I joined the Air Force and spent 4 years protecting the USA from the Canadians. I was stationed in Rome NY. Some people got shipped to Europe and some went to Japan the only option I got was to extend my enlistment for a tour of duty in Thule Greenland. When I got out of the service I came back to Phoenix to warm up. I went to work for Motorola for the next 33 years. In 1998 Motorola offered an early retirement plan and I jumped on it like a dog on a bone. I have been living the retired life for 10 years now and hope I don't out live my retirement funds. In 1966 I met Lottie at Motorola and in 1968 we got married. We have been married now for 40 years come August. I was very lucky to have found Lottie as she is no doubt the only woman who would put with my smart ass remarks. We have two daughters. The oldest is Tammy who is married to Bill Petty. They chose to have cats instead of kids. The youngest is Lara. She has been married twice with a son from the first marriage and two daughters from her current marriage to DeWayne Selvig. For the last three years Lottie and I have become full time babysitters (10 hours a day, 5 days a week). We do love our grandkids but we are sure happy when 5:00 PM gets here."

Eugene chose to donated his body to science in hopes that withresearch they can help others that suffer from Parkinsons, Glucoma, and Diabetes.

Our deepest gratitude goes to Aegis Hospice and Homecare. Everyone from Aegis was very professional and kind to Eugene. Tammy and Nicole was so compassionate and gentle with Eugene. The whole staff was amazing and gave us the emotional and physical support during the difficult time!

In lieu of flowers, please consider donating to Aegis Hospice by sending a check to Aegis Hospice 7227 E Baseline RD., #129 Mesa, AZ 85209 or the Parkinson Voice Project at https://www.parkinsonvoiceproject.org.

A celebration of life will be held AT 10am on October 27, 2020 at Optimist Park, Tempe, AZ. Corner of Kenwood Lane and Yale Dr (across from 1933 E Yale Dr, Tempe, AZ). Picnic to follow. Please bring a chair.

The Celebration of Life service will be livestreamed at https://livestream.com/lovingstreams Thank you Don and Lois Downin for doing this for the family!