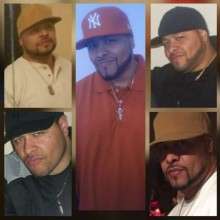 Edward was predeceased by his father James E. Thomas Sr. on December 23rd,1991. Edward grew up in Massachusetts and attended local schools and served as an alter boy for many years along side his 3 brothers.

Edward was a Veteran of the U.S. Navy, Serving in Great Lakes, Ill. and California. He took great pride in his service and talked frequently of it. Edward also loved sports his entire life including playing them. He played baseball, football, and basketball with his father and brothers for many years. His favorite Team was the New York Yankees! He Loved New York! The city, the lights, the excitement, the beauty of it. Any and Everything NY!! Edward was also a casino lover and for all the right reasons. He was an outstanding Poker player and will show you the true meaning of how to make a dollar out of 15 cents. Edward was known to his Family as "Eddie" and to his friends as "GQ" or "Q". And rightfully so because his looks spoke for themselves.

Eddie will be remembered for his Strength, Jokes, Stories, his sarcasm, the Caring and Loving heart he had. The Love he has for his children, his mother, and his family. The love for his soulmate, his wife Marilyn. And his love and honor of his friends.

Eddie WILL LIVE FOREVER IN OUR HEARTS AND MEMORIES!!! HE WILL WALK BESIDE US EVERYDAY!!