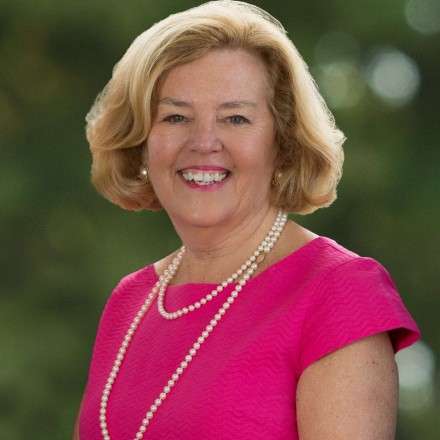 Dr. Ann Marie Coleman Stadtler DNP, RN, CPNP, 76, passed away peacefully surrounded by loving family on July 25, 2020 due to complications from Mesothelioma (lung cancer). She was born in Providence, Rhode Island to the late Vincent Coleman and Agnes Minahan Coleman Ferguson. She graduated from Bay View Academy ’61 and Boston College School of Nursing ‘65. She received her graduate degree of Pediatric Nurse Practitioner from Catholic University ’80 and a Doctorate of Nursing from Northeastern University ’12.

She married her longtime friend and love, John Walmsley Stadtler Jr. and loved being a mother to John III, Kevin and Catherine. Added to her joy was spending time with people, especially her grandchildren, sisters and extended family. She always shined when hosting family and friends in her home. Her loving daughter, sisters, husband and family cared for her as she fought cancer and her spirit never ended as she enjoyed people visiting at her “window” in our socially distanced environment.

Ann held various leadership roles at the Children's Hospital and was a founding faculty member of Brazelton Touchpoints Center, where she trained and mentored thousands of practitioners worldwide.  She shared her amazing ability to care for people's well being by developing relationships with her patients and colleagues fostering a patient centered care environment. During her career she had a dynamic impact on many people. Prior to joining Children’s Hospital, she was the first Pediatric Nurse Practitioner in Montgomery County, Maryland working in private practice and in pediatric centers and hospitals such as NIH in Washington DC.

Ann received numerous honors during her career including being the first recipient of the T. Berry Brazelton Outstanding Leader Award. Other awards she received: the Massachusetts March of Dimes Nurse Practitioner of the Year Award, the Wong Hock Boon Professorship from Singapore University Hospital, and the Boston Children’s Hospital Mel Levine Award and the That’s the Spirit Award. She was also honored to be awarded 2012 Alumna of the Year from Bay View Academy. Her most recent award was the National Association of Pediatric Nurse Associates and Practitioners’ Loretta C. Ford Outstanding Fellow Award in 2016.

Ann had a special interest in children engaged in toilet learning and who have problems with toileting. As a result of this interest and expertise, she created a program at Boston Children’s Hospital, “Toilet School”, a group treatment approach for failure to learn toileting. This program became a nationally recognized model. She wrote and presented extensively about Toilet Learning. She co-authored a book – Lessons from Toilet School with Claudia Quigg.

Her life was a living example of a poem she once referred to, "the Lord replied, my precious child, I love you and would never leave you. During your times of suffering, when you could see only one set of footprints, it was then that I carried you".  Ann would always give of herself to others, she would seldom raise her voice and always listened to people trying to find a middle ground solution or share her experiences as a way to help others.

Ann is survived by her husband of 55 years John Jr.; son John III and his wife Suzanne and their children Christoper and Caitlin; son Kevin Sr. and his wife Lindsay and their children Kevin Jr., Chase, Trevor and William; daughter Catherine; sisters A. Catherine Ferguson, Susan (Rick) Moore, and Jeanne (Bob) Congdon; step-father Charles Ferguson; brother-in-law Michael Stadtler Sr. and many nieces, nephews, cousins. She was preceded by her father Vincent Coleman, mother Agnes Minahan Coleman Ferguson and son Christopher Coleman Stadtler.  All of these she loved and touched deeply.

Ann would hope you would remember not her passing and fight with cancer, but rather her contributions to each of our lives - and she would hope that you will do an unexpected and unsolicited act of kindness for some other individual and think of her.  She always thought of her mother Agnes when she saw a rainbow, we expect she and Agnes would both smile from up above if you thought of them both looking down on us from above and admiring the legacy they both left in all of us.

A private family mass celebrating her life will be held on Monday, August 3, 2020. A memorial service will be held at the one year anniversary of her passing for family and friends in what the family hopes will be a more covid friendly environment. In lieu of flowers, donations may be made to: