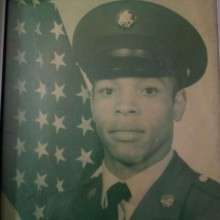 Donald was born to Horace W. Hamilton and Belzora Knight, October 1, 1952, in Abilene, Texas (The First of Twins). He married Shelia Holden on November 19, 1977, and they lived together in Los Angeles, California.  Together they raised 2 children.

He also leaves to mourn his passing, his grandchildren and a host of Aunts, Cousins, Nieces, Nephews, Extended Family, and Friends.