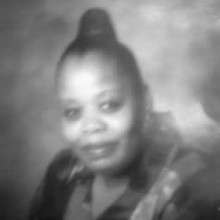 Diane attended Whittier Elementary, Franklin Jr High and Poly High School. She later graduated from Adult night school with her high schol diploma and received a degree from Long Beach City College where she studied Early Chldhood Education. Diane worked with special needs children and adults. She worked at Chandler Giibert ARC. There she worked as a transportation dispatcher.

Diane loved to sing, dance and cook.  But what she was most passionat about it writing.  She loved to write short stories but especially poetry.  She was known to write you a beautiful poem for your birthday.  Most recently she wrote a beautiful poem for her daughter Das for her wedding this past June.  Diane's favorite color was blue, because she was a daydreamer and loved looking up into the blue sky.

She also leaves a host of famiy and friends, much too many too list.