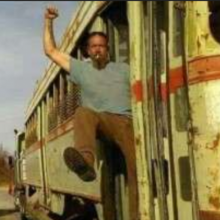 David Webster Banks, 49, went to be with the Lord July 29th, 2018. David was born in San Diego, California on June 1st, 1969. He was the son of the late Dale Francis Banks & Jennifer Daphne Harvey.

David enlisted in the United States Army in 1991 & served his country for 6 years. In that time he married the mother of his children, the former Jessica Gail Trout, June 15th, 1995. David attended schooling at the University of Pheonix in 1997 where he became a licensed diesel mechanic.

David was a man of many words & extraordinary talent, he fixed automobiles ranging from cars to cranes. He enjoyed fishing, & spending time with his friends & family.

As everyone knew, David was a unique individual who brought so much laughter & joy to many peoples lives. He will be greatly missed.