A life of service 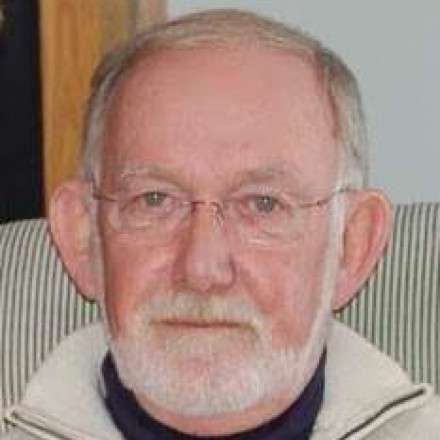 A life of service

David Porter Walter Sr. died on Sunday evening March 8 after a brief illness surrounded by family and his irrationally exuberant dog Porter. Born in Pittsburgh and forever a Steelers/Penguins/Pirates fan, he was the third child of George and Margaret Walter (siblings George, Judy, and Braden). David was a proud graduate of Penn State University. As a captain in the U.S. Army, he was an advisor to the South Vietnamese Army, living among indigenous Montagnard people. Upon return to the US, he settled in Grand Rapids where he raised three sons with his first wife Carol: David Jr. (Alexis, David III, Samantha, Erik); Grant and Marci (Richard, Braden, Rhylen, great grandchild Sutton); Braden and Dawn (McKenna, Macy, Maylin, Madalyn).

Following his career in management, insurance, and IT, David served as a PCUSA mission coworker in Vanuatu teaching English from 1997 - 2001 and was the first to bring computer education to that island country. He was adopted into an island family and given the name “Wali.”

David married Linda Knieriemen on August 14, 1999, at Paton Memorial Church, Port Vila, Vanuatu, and in a second ceremony January 9, 2000, at Westminster Presbyterian Church, Grand Rapids Michigan, thus enjoying two anniversaries each year! He was a middle and high school substitute teacher for the Forest Hills Schools for many years. David and Linda moved to Holland in 2005, where Linda continues to live.

The Holy met David through music as a Glee Club baritone at Penn State, in the Westminster Presbyterian Church choir, and most recently in the Hope Community Choir at Hope College. He was a bird watcher, coffee grower, voracious reader, jazz lover, MSNBC follower, writer of Letters to the Editor, and an informed conversationalist never short on opinions.