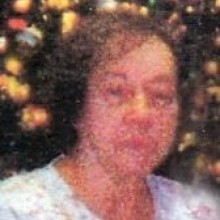 David Timothy Kerry, 77, of Saco passed away after a long and courageous battle with cancer on Thursday, Sept. 22, surrounded by friends and family.

He was born on July 11, 1939, a son of Raymond and Grace (Sullivan) Kerry. David graduated from Thornton Academy, class of 1957, where he was all state in football, president of his class and played baseball and basketball. David went to the University of Maine at Orono where he played football and later graduated from Boston University with a Master's in Education.

David was a history teacher and assistant football coach, helping lead the Trojans to the state championships in 1962. Following Thornton Academy, he moved to Chelmsford, Massachusetts, working under his mentor Thomas Eck, as assistant coach and later head football coach of the Chelmsford Lions.

In 1972, David moved back to Saco, teaching history and took the position of head football coach of the Biddeford Tigers. After several years, he retired from teaching and he, his brothers and cousin Jimmy Sullivan established the Kerrymen Pub in Saco where many family members worked and many memories were created.

David had an interest in politics and was elected to the Maine State Senate, establishing many lifelong relationships with political figures such as Senator George Mitchell, Governor Joseph Brennan, Governor John Baldacci and former Senate President Gerard Conley. His years spent in Augusta fused a group of friends who made over 30 trips to Ireland.

In the early 90s, David represented John Cardinal O'Conner and all the Bishops of New York as the public policy advocate. Upon leaving New York and returning home, David, his brothers and partners Doug Murray and Jeff Ross, established Traditions Italian Restaurant in Saco. Always quick to retreat from his favorite seat at the bar to meet people with a firm handshake or kiss on the cheek, David will be fondly remembered for greeting countless patrons at the door. If guests were not already friends of David's, they left feeling they made a new one.

David was preceeded in death by: one sister, Mary (Kerry) Libby, and by one brother, Paul Kerry.

Visitation will be from 4- 7 p.m. Tuesday, Sept. 27, at Cote Funeral Home Chapel, 87 James Street, Saco. A funeral Mass will be held at Most Holy Trinity Church, with a time to be announced.

Those planning an expression of sympathy are asked to consider donations to Mary's Walk at www.maryswalk.org. To view David's memorial page or leave an online condolence please visit www.cotefuneralhome.com. David's family would like to thank John Lisnick for his unwavering friendship and dedication to David.