Be kind and compassionate to one another, forgiving each other, just as in Christ God forgave you. Ephesians 4:32 (NIV) 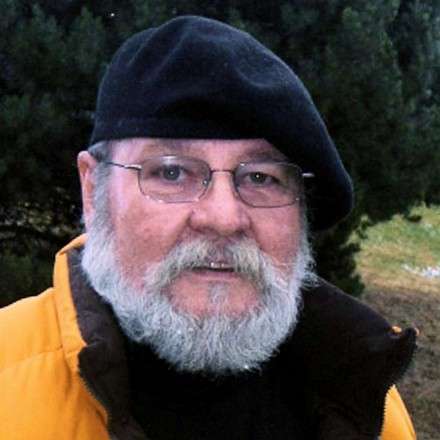 Be kind and compassionate to one another, forgiving each other, just as in Christ God forgave you. Ephesians 4:32 (NIV)

Daniel “Danny” Thomas Johnson, 74, of Cottonwood - Verde Village, AZ went to be with his Lord and Savior, Jesus Christ, on Friday March 27th, 2020.  He passed away peacefully after a year long battle with leukemia.

Danny was born on November 19th, 1945 to Emily A. Johnson (Covert) and Robert M. Johnson. He was raised in Highlands, New Jersey where he attended Highland Elementary and graduated from Henry Hudson Regional High School. After high school he attended Pfeiffer College (now Pfeiffer University) in North Carolina. Upon returning to New Jersey he worked at the Bradley Beach Recreation Department for a number of years. Later he moved to New York where he worked as a carpenter.  In his retirement years he moved west to be with friends and family, living a short time in Colorado before settling down in Arizona for the last eleven years of his life.

Family and friends were very important to Danny.  A part of every day was set aside for maintaining the connections he so loved.  He enjoyed working with his hands and was constantly building or fixing things.  If you stopped in to see him, you would usually find him rustling something up in the kitchen and, nearby, his ever present dog would get up to greet you. When he wasn’t being a homebody, he liked camping out in nature enjoying all of God’s creation around him. Danny will be remembered fondly by all that knew him.

He is survived by his daughter Amy Noel Sanford, his two grandchildren Natalie and Jack Sanford, his longtime partner Sue Ann Zagar and his trusty dog Pepper. He is predeceased by both his parents, his brothers Richard A. and  Robert D. Johnson and his sister Emillie J. Johnson, all of New Jersey.

At Danny’s request, no service will be held.

In lieu of flowers Danny asked for donations to be made to:
Follow your Heart Animal Rescue, 446 North Higley Road Unit 102, Mesa, AZ 85205

Donate to Follow Your Heart Animal Rescue in memory of Daniel.