Lived Life Fully - This is not a dress rehearsal!!! 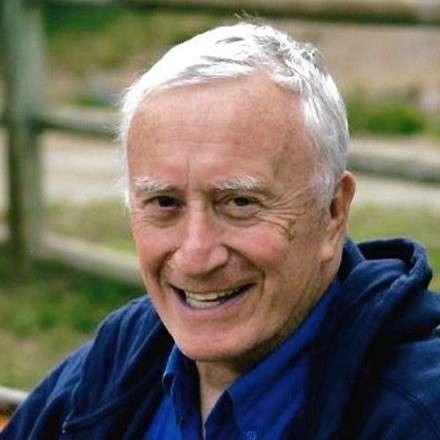 Lived Life Fully - This is not a dress rehearsal!!!

Born October 21, 1936, he was raised in Denver Colorado, the son of Clifford and Gladys (Schedter) Young.  In his early years, Cliff had a paper route and then worked as a hod-carrier for a local construction company.  He learned the value of hard work but also realized that making a living doing physical labor was not a good long-term strategy and decided to go to college.  He earned his bachelor’s degree in mathematics from Colorado State University and in 1960 began his career as a school teacher.  He was married on May 26, 1962 to Lorene Beien and remained married to her until her death on January 31, 1999.   He later earned a master’s degree in mathematics from Colorado University.  He taught in Englewood Public Schools for 40 years.  He helped establish Colorado’s Finest Alternative High School.    He was beloved by the students for his unorthodox methods for teaching - like inserting a pencil up his nose to calculate the volume.   While working full time as an educator, he also served as a full time district manager for the Rocky Mountain News and taught evening classes at the University of Colorado and Arapahoe Community College.  He and Trish Brandt were married May 24, 2003.  They honeymooned in Italy accompanied by a bus-full of alternative high school students.

One of Cliff’s life long passions was cross-country bike-riding.  During his retirement years, he participated in five cross-country bike trips, the last one when he was 70 years old.  During two of his trips he raised $8,000 for schools in Northwest Denver.

Cliff was always up for an adventure.  At the age of 60, Jeff convinced him to jump out of a hot air balloon attached to a bungee cord.  At the age of 65 he took up skiing and after one lesson Brett accompanied him down an expert black slope.

Cliff had a way about him that made people smile.  He was always willing to help others with projects or teach them a new math trick.  He volunteered as a Math Olympiad teacher/leader at Lochbuie Elementary School (Weld County), Mount Carbon in Littleton and at Trevista at Horace Mann in northwest Denver.  His enthusiasm for mathematics inspired others to love it, as well.

A memorial service is planned and will be held once the Corona Virus restrictions have been lifted.  Because of his love for children and for bike riding, we are asking that donations be made to Wish for Wheels, a charity that provides bikes for under-privileged children in the Denver area.

Please share a story by clicking on the Guest Book to add a memory or story.