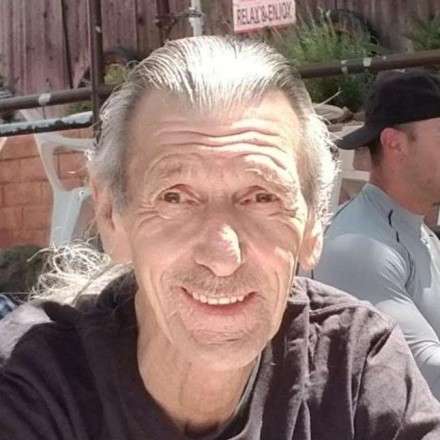 On Friday August 30th, 2019, Clarence Lee (Junie) Kordes jr., 72, father, animal whispering, Harley man, peacefully passed away in his home in Anderson, IN during a battle with cancer.

Survived by his daughter, Koren, son Clarence Lee III and daughter Brenda, life partner, Cathy, siblings Mike, Donna, Kim, Brian, Alia, his puppy Louie, kitties Jagger and Gracie and an endless list of friends and family that loved him dearly. He was reunited in death by his mother, Rosemary and father, Clarence (Mick).

Lee was born in Indianapolis, IN in December 1946, went to Holy Cross Grade School and Perry Meridian High School. Throughout his life, he also lived and worked in Colorado, Michigan, and Ohio as a retail manager, property manager, vending company owner and retired as a skilled trade carpenter.

He was a devoted sports fanatic, never missing a race or a game and passed along that same devotion on to those he loved. Lee was a man deep appreciation of ‘experiences’ in life, prioritizing memories shared with family and friends above all.  His blood ran stampede blue since the glorious day the Colts rode into town in 1984 and as his shirt always said, his ‘two favorite teams are IU and whoever’s playing Purdue’. Few passions run as deep however, as his love for racing. No month of May will ever be the same without him to enjoy it with.

Lee was full of fun phrases, quirky songs and unexpected moments. Sometimes he would use them as icebreakers, sometimes as mood-breakers and other times just to make someone laugh. Whether he was throwing a fake hot potato at you with his ‘glued’ arms,  reminding you to think of funny lil men in tuxedos when you are sad (Penguins) or whether he was just quoting his favorite classic tv show or cartoon personality; he was always a bright light in the room. One of his favorite phrases to dish out - was very sound advice.

You can pick your friends.

You can pick your nose.

But you can’t pick your friends nose.

A little over a decade ago, he crossed off his ultimate bucket list item and bought a Harley Davidson. He traveled to Chicago with his Chevy pick-up to get a bike he bought on Ebay that had only 50+ miles and was being sold because the owner couldn’t handle the power and the speed. That day, he became a Harley man, and it changed his life.

Lee will always be remembered for his fun-loving, lighthearted spirit, his magical laugh, and an eternal smile that was nothing short of a gift from the universe, warming the lives of all he new. He was a rare combination of someone who had a love of life and a firm understanding of what was important in it.

Not a day will go by, that he will not be missed. Our love forever.

Porky Pig (and my father) said it best...