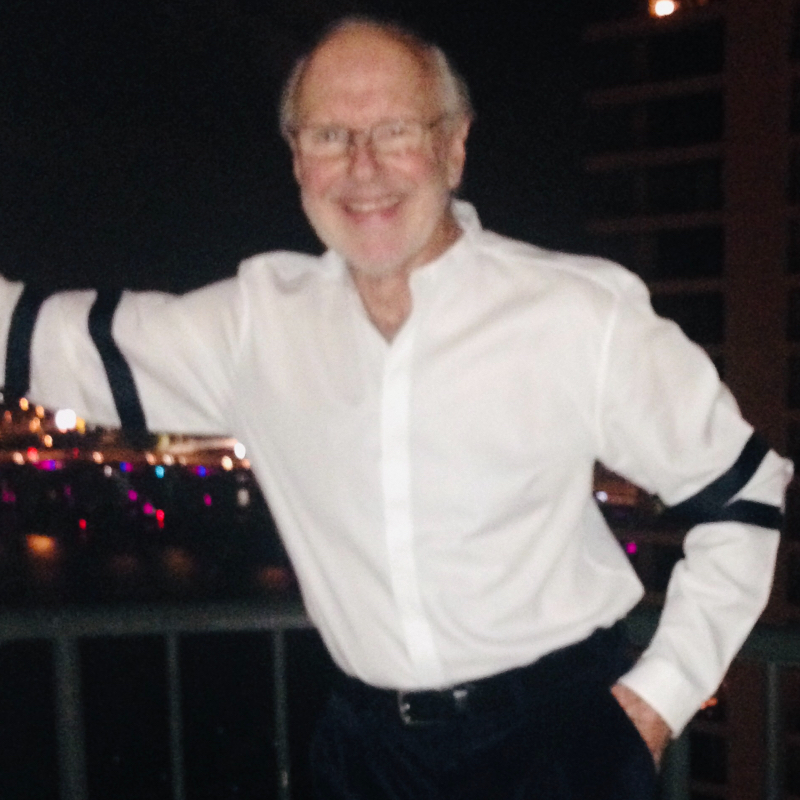 Charles (Charlie) Laird, 79, of Belleair, Florida, passed away on May 14, 2021, as a result of injuries suffered in a catastrophic bicycle accident. He was born on December 18th, 1941. His passing has left a hole in the hearts of many friends and family members.

Charlie graduated from the University of Oregon with a degree in Political Science. He worked for the Social Security Department for many years, a career which took him to California, Oregon, Washington, and finally Baltimore. During his early 30's, he took a break from the government and worked as a free-lance photographer of car races, compiling an impressive collection of car race photos. Social Security welcomed him back and he continued that career in management. Following his retirement from Social Security, he worked for an importer of Italian bicycles, a perfect fit for him as he was an avid cyclist for the majority of his adult life. When he was contacted by a long time friend who asked him to work with him at the Veteran's Administration, he returned for several years. During that time he lived in Belleair, Florida, and after his retirement he continued to reside there.

Charlie's life was filled with varied interests, each of which he pursued with vigor, researching all the aspects of his many endeavors. He was a collector and conniseur of wine. He was an avid photographer, with a vast knowledge of camera equipment and photographic processes. Charlie's love of music was a huge part of his life and he enjoyed it to the fullest. He loved many genres of music, but his favorites were Jazz and the music of Brazil.

Charlie had an infinite love of the outdoors, and spent a great deal of time hiking, always photographing his favorite places. He was deeply concerned about the environment and preservation of beautiful nature. And, of course, cycling was at the center of his existence. Although he had several serious accidents on his bicycle, he never lost his love of cycling.

Throughout his life, Charlie loved to travel. In the last 10 years he visited many destinations in Europe, and made several trips to Brazil to visit his long time friend, Jayme, who had been an exchange student when they were in high school and had lived with Charlie's family during that year. Barcelona was truly his favorite place and for each of the past several years he had spent a large amount of time there with his wonderful Velia. Together they savored the food, the music, museums, and, of course, soccer, which they both loved. Barcelona was a joyful place for them and they made great friends during their months there.

Charlie lived his life to the fullest and along the way he made many long-time friends. He is survived by his sister, Janet Wee (Reggie) and his nephew Chris Wee. He spent the happiest time of his life with his beloved Velia, his partner of 9 years. She was truly the love of his life and their time together was a wonderful gift.