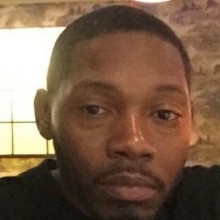 Cedric Douglas, 32, of Rock Hill, passed August 4, 2017 as a result of injuries sustained in a motor vehicle accident involving a drunk driver. He was born August 16,

He was born August 16, 1985 in Rock Hill, SC to John and Louise Douglas. He attended Rock Hill Public Schools and graduated from Rock Hill High School in 2008, where he was a member of the student council and the basketball team. Prior to his passing, Cedric was enrolled at Winthrop University majoring in computer science.

Cedric was a member and volunteer of the Boy Scouts of America.

Cedric is survived by his parents, John and Louise of Clinton; his brother Chad and his sister Karen, both at home. He also leaves his maternal grandparents, Harold and Gladys Crater, also of Rock Hill; and his paternal grandparents, Philip and Betty Turner of Indianapolis; Kristen Porter of Clinton and his close friends Jacob Hart of New Harford and Zachary Taylor of Charlotte and several aunts, uncles and cousins.

Funeral arrangements are being handled by Hanley-Shelton Funeral Home. Calling hours will be Wednesday from 2-4 and 7-9pm. The funeral will be held on Thursday at 9:30a.m. at the funeral home and at 10am at Pleasant Hill Baptist Church. In lieu of flowers, the family asks that you consider donations to the M.A.D.D. (Mother's Against Drunk Driving) Envelopes will be available at the funeral home and can also be mailed to M.A.D.D., c/o Guidance Department, Rock Hill High School, 24 Waverly Street, Rock Hill, 29730

Donate to Mothers Against Drunk Driving in memory of Cedric.