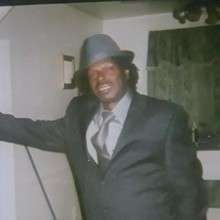 The late Bobby Wayne Huges,61 passed away on February 26, 2019.  Bobby was born on January 17, 1958, in Virgilina Virginia, to the late Mary Elizabeth Hughes. Bobby attended public schools in Halifax County.  He later entered into the United States Army and became a Generator Mechanic, and he later started working in the warehouses as a forklift operator where he retired from.   Bobby later moved to Beaufort SC. that's when he met his wife of 32 years, Vincina Hughes. Bobby attended St.Paul CME in Savannah Ga. Bobby had a heart of Gold, he never met a stranger and was always willing to help anyone. Bobby was truly blessed with a great sense of humor and he enjoyed listening to his old school albums and talking on the telephone with Family and Friends.