A Great-Grandmother, A Grandmother, A Mother, A Daughter, A Sister, and A Best Friend. Well lived, And deserves her rest. She is forever a Golden Angel. 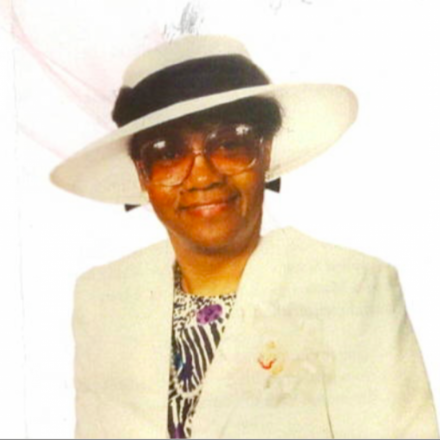 A Great-Grandmother, A Grandmother, A Mother, A Daughter, A Sister, and A Best Friend. Well lived, And deserves her rest. She is forever a Golden Angel.

Mrs. Bertha Mae James, daughter of the late Daisy Sutton and the late Willie Sutton was born on September 17, 1934. Bertha was raised in Kinston, North Carolina where she stated her education. After many life challenges and four children, she met my great-grandfather in a resturant, his name was William James.

They were married in 1957 and moved to New York for greater opportunities. It was in New York where she earned her High School Equivalency Diploma in 1961. She continued her education recieving her associates degree in Applied Science in 1976 and eventually her Bachelors and Masters in Nursing. She became a very successful registered nurse.

My great-grandmother and best friend was Native American and Black and had many culutural belief. Native American cultures across the United States are notable for their wide variety and diversity of lifestyles, customs, art forms and beliefs. The culture of indigenous North America is usually defined by the concept of the Pre-Columbian culture area, namely a geographical region where shared cultural traits occur. The most familiar of the Southeastern indigenous peoples are the Cherokee, Chickasaw, Choctaw, Creek, and Seminole sometimes called the Five Civilized Tribes, some of whom spoke a variant of the Muskogean language. She was very religious, although she didn’t devote her praying to a cultural spirit. She professed Jesus as her Lord. When with her, we would go to church and visit her friends throughout her neighborhood and around town. She was very friendly and ambitious. By staying to her roots almost always each of her meals would consist of The three staples of Native American food. Being corn, squash, and beans. Other foods that have been used widely in Native American culture include greens, Deer meat, berries, pumpkins, squash, and wild rice. When celebrating Christmas or Thanksgiving at her house, this is what the meals usually consist of.

She shall be missed however, as much as we love her, God loves best and she is getting the rest that she must deserves.