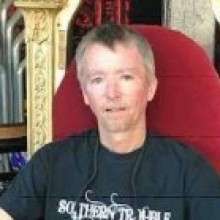 He was born in Lee County, NC on August 27, 1964 to Robert Earl Johnson and Norma Williams Johnson Arp. His mother preceded him in death. Ben worked many years as an assistant manager for Food Lion in Carolina Beach, NC.

Ben is survived by his father and step-mother Robert “Bob” and Vivian Johnson of Whiteville, NC; brother Bobby Johnson of Broadway, NC; sister Brenda Johnson Griffin and husband Troy of Elizabeth City; love of his life Janet Zandarski and step-son Matthew Heckman of Wilmington; and many nieces and nephews.