Held in our hearts forever 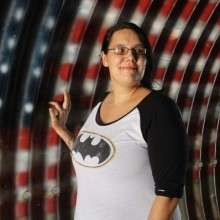 Held in our hearts forever

It is with great sadness that the family of Ashley Virginia (Sexton) Nichols announces her unexpected passing on December 28, 2018, at the age of 31.  She is survived by her three children; Jaidyn Sexton, Madison Nichols, and Elizabeth Nichols of Eutawville, South Carolina; Former spouse JR Nichols and his wife Mary of Eutawville, South Carolina; Grandparents Frederick and Patricia Sexton of Sebastian,Florida; Parents Thomas and Susan Carlsen of Sebastian,Florida; Her siblings Christina Raymond, Amanda Sexton, and Eric Carlsen of Massachusetts and their families. She was beloved by her mother in law Melanie Locklear; and her sisters in law: Stephanie, Susie, and Kayla.  Ashley’s memory will be treasured by her birth parents Michael and Joanne Sexton, and their children: Jim Morin, John Morin, Michelle Morin, LucyMay Gostan, Steffi Patterson, and Kimberly Richard.  Ashley will also be forever remembered by her numerous nieces, nephews and extended family and dear friends. Ashley was predeceased by Michael Peter Cullinan, her brother and closest friend.

Ashley was born in Worcester, MA on September 25, 1987.  She attended Bay Path Regional High School in Charlton, Massachusetts.  Ashley discovered her love of art at a young age.  She was always a free spirit with a great sense of adventure.  Ashely fell in love and moved to South Carolina to follow her dream of building her family.  Ashley would agree that her greatest accomplishment was being a mother. She was an avid comic book fan- but always favored Batman.  She attended the Freedom Center Assembly of God.  Recently, she was honored to win the 2018 SAHMA community art contest.  Ashley was hilarious, and warm, and fearless, and resilient. Our grief over losing her is infinite.

Private services will be held to honor her memory.  Sosebee Mortuary and Crematory, South Chapel is assisting the family with arrangements.