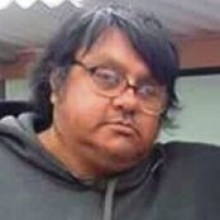 Arturo Hernandez, 55, of Salinas passed away October 14, 2015 at Salinas Valley Memorial Hospital surrounded by his family. He was born in San Francisco Ca. to Pablo and Aurora Hernandez.

The family moved to Salinas in 1973 where Arturo began working at Ticos the family restaurant, where he developed a passion for cooking. After graduating in 1977 from North Salinas High School he worked as a cook at the family restaurant Gordito's. He later went on to work at Spreckels Sugar refinery, then El Rancho market as a butcher.

Arturo was an avid San Francisco 49ers and San Francisco Giants fan. He was a very loving man who was known for his generosity. He enjoyed spending time with his family and friends.

Arturo was preceded in death by his father Pablo Hernandez.

The family would like to thank the staff at Salinas Valley Memorial Hospital ICU. With special thanks to his Doctors, Dr. Ganzhorn, Dr. Katic and his nurses Dana Rogers, and Celia Grace. In lieu of flower donations may be made in his honor to Victory Mission 43 Soledad St. Salinas Ca. 93901