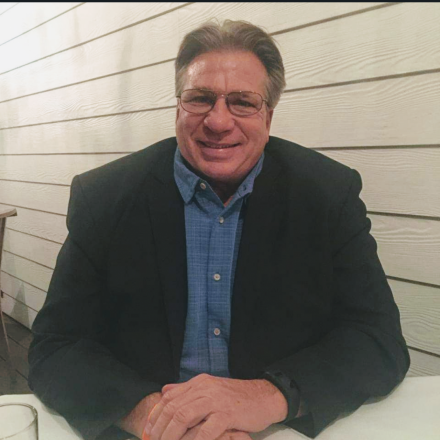 Anthony Cannestro Jr. aka "Big T" was born on August 27th, 1958 in Newark, New Jersey. In 1959, he  moved to Pembroke Pines Florida with his father, Anthony Cannestro Sr., mother Mary Cannestro, and sister Virgina Cannestro. He graduated from Cooper City High School and began his life by joining the US Navy. He was a middle weight boxer for 5 years in the Orlando area, and was the Golden Gloves Champion in 1980 while training under the great Angelo Dundee. He was a proud and devoted Teamster  from 1982 till present, and helped raise funds for homeless and vets in the Miami area through his connections with the Union. After Hurricane Andrew, he gave back to his community by volunteering to rebuild houses in the Homestead area, and also assisted in providing necessary supplies. He was known for having such a big heart that he could never deny assistance to any lost soul crossing his path. His passion for food and cooking led him to pursue a degree in Culinary Arts in 2012. Tony spent holidays making delicious traditional Italian recipes for his family. He could always be recognized everywhere simply because he was the loudest and funniest guy in the room, and brought a smile to everyone's face. He had great charisma, and was a charmer.

Not only was he an amazing person but, he was also a devoted father that lived for his children and grandchildren. His children Anthony, Christina and Angelique recall long nights on Hollywood Beach eating pizza and ice cream way passed their bedtimes, summers spent on Pensacola Beach fishing through the night, and endless days swimming  in the pool at Waterside village. He would drop everything he was doing anytime his children called, and dedicated his life to bringing everyone together. To him, Family was  everything, and he showed that by being selfless, gentle, caring, loving and strong for each one of his children. Tony did not know a stranger, and accepted anyone from all walks of life. He was a caring father, son, and friend.

Anthony was preceded in death by his father, Anthony Cannestro, Sr., and his sister, Virginia Cannestro. Survivors include his mother Mary Cannestro; brothers Michael and Nicholas Cannestro; Children Anthony, Christina, Angelique Cannestro; and his five grandchildren.  He will be deeply missed by all.

We will be celebrating the life of Tony Cannestro Tuesday, January 21st at 11am.

The memorial will be held at: