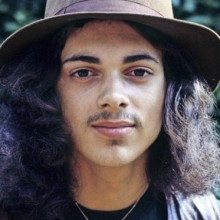 Andy Fraser, who has died aged 62, was the bassist and a founder member of Free, and woke up to find himself famous at the age of only 17 when the band released the single All Right Now, which has become one of the classic rock anthems.

Fraser was 15 when he formed Free in 1967 with three other London teenagers (Paul Rodgers, Paul Kossoff and Simon Kirke). Almost at once the band won critical acclaim and a contract with Island Records, although their debut album (Tons Of Sobs) and its eponymous follow-up managed few sales.

Then, in May 1970, Free released the album Fire And Water and the single All Right Now. The former topped the UK album charts, while All Right Now went to No 2 and made No 1 in 20 other countries. The song, co-written by Fraser and Rodgers, has since enjoyed huge exposure not only through airplay but also in films, television series and advertising campaigns.

Free’s blues-flavoured hard rock, along with their youth and swagger, caught the mood of the times, and the international success of All Right Now established them as one of the world’s most popular bands. It was not long, however, before Fraser and Rodgers began to fall out, while the guitarist Kossoff – son of the actor David Kossoff – became a hopeless drug addict.

Free broke up in 1971, then re-formed early the next year in an effort to save Kossoff from himself. They released the album Free At Last, but Kossoff was too debilitated to tour, and Fraser left the band for good. Free officially split up in 1973, and Paul Kossoff died from a drug-related heart attack three years later.

On leaving the band, Fraser initially formed Sharks, but he departed after the release of their debut album, First Water (1973), to lead the Andy Fraser Band, which brought out two unremarkable albums in 1975. He then moved to California, where he achieved success as a songwriter; Robert Palmer, Joe Cocker, Rod Stewart and Chaka Khan were among those who recorded his compositions.

Andrew McLan Fraser was born into a working-class family in Paddington, west London, on July 3 1952. Andy was still a toddler when his father left the family, and they had no further contact until the boy achieved stardom. Aged five, Andy begged his mother for a piano, and she bought one for £5 from a local pub, then insisted he take lessons. He applied himself rigorously, learning to read music and play classical piano, until, at the age of 12, he decided to take up the guitar. Realising that London was teeming with aspiring lead guitarists, he switched to bass, on which he showed a remarkable proficiency.

Fraser soon found himself working with West Indian ska and soul bands, playing clubs across the East End – “everyone being black, me being white, and not even old enough to be in a place that served alcohol”. Expelled from school at 15 for refusing to get his hair cut, Andy enrolled at Hammersmith College of Further Education, where another student, Sappho Korner, introduced him to her father, Alexis Korner, a father figure to many aspiring young British musicians.

Korner recommended Fraser to John Mayall, and through this connection Fraser played briefly with Mayall’s Bluesbreakers before Korner introduced him to three other young London musicians, Kossoff, Rodgers and Kirke. Having begun by jamming above the Nag’s Head pub in Battersea they decided to form a band. Korner came up with the name Free and encouraged Chris Blackwell, the head of Island Records, to sign them.

As well as concentrating on songwriting, Andy Fraser continued to record and tour intermittently. His 2005 album Naked… And Finally Free! reflected his openness about living as a gay man. He died in California from an HIV-related illness.

With his wife, Henrietta, whom he married in 1973, he had two daughters.