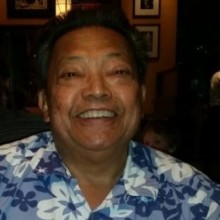 He is a Gilroy High graduate. Albert joined the military and eventually moved to Salinas where he met his wife Marietta and they married in 1973. Albert was a very hard worker, holding employment at Nestles, U.P.S., Ashworth Brothers and eventually retired from MST in 2005. Albert & Marietta packed up and decided to retire in Clovis in 2005.