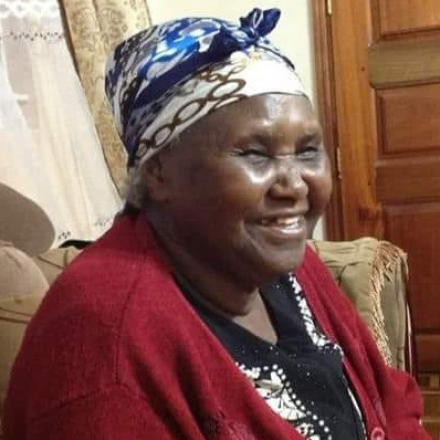 Family and friends are meeting at her home in Kunguluni, in Kitui town and at the Holy Family Basilica Nairobi. A short memorial service shall be held at Umash Funeral Home on Friday, 27th September from 8.30.a.m-10.00 am.
The cortege leaves Umash Funeral Home at 10.30.a.m. for another funeral service at Bible Celebration Church, Kitui County at 2.30p.m.
The burial will take place on the 28th of September from 10.00.a.m. at her home in Kunguluni, Kitui County.

Agnes Muindi, you have finished the race, you have kept the faith, henceforth there is laid up for you the crown of righteousness which the Lord, the righteous judge will award to you. We will miss you!