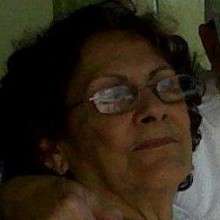 Adalidia Alvarez, 83, passed Monday, May 28, 2018. Adalidia was born August 15, 1934. She married Pablo Alvarez, and they lived together in Havana, Cuba for many years until they resided in the United States of America.

Adalidia is survived by 5 children: Antonio Alvarez, Lazaro Alvarez, Lazaro Jacinto Alvarez, Milagro Alvarez, and Ramona Alvarez. She also is survived by 12 grandchildren and 10 great grandchildren. Antonio gave no grandchildren to his mother but Lazaro gave her four. Yaritza Aquino the first grandaughter and she has two of her own. Lazaro gave his mother her third grandaughter Dorian morales and now she has two of her own aswell. Lazaro is still not done with blessing his mother with more grandchildren. He than gave Adalidia two more. Another granddaughter Judith McBride and she has a daughter of her own too. Last of Lazaro's children is Adalidias baby grandson Lazaro Jr. Adalidia was surounded by the love of her family when she past away. there was always some of the same blood in her room. Milagros is the oldest of her five children and she had two of her own and raised them in the same home with her beloved mother. Her first daughter being Dianelis Garcia and second Sylin Hernandez. Lazaro Jacinto truely bless Adalidia with five grandchildren. Two of which are still in Cuba with there mother and two came a long jurney to get to the United States. His last baby was born here in America. As for Ramona Alvarez she had a few children of her own but they have not yet had children of there own. Adalidia was so greatfull to have live the life she did with her family beside her as she always wished. Her blood and a part of her will live on in those she left behind. As she carried all her family to prosper they shall carry her for her angles will take her to Jesus.