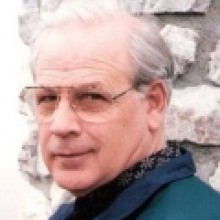 William Morris Pitcher passed away December 14, 2011, in Kingwood, TX. He is survived by his wife, Deanne Swain Pitcher, their children and grandchildren: Cynthia Pitcher Beard and her children, Lindsay, and Lauren; Cathryn Pitcher Polk and husband John and their children Sarah, Haley, and Deana; Christyn Pitcher and Betsy Gibson; Connie Pitcher Appelt and her husband Eric and their children, William Cole, and Ashlyn.

Bill, as he was known to most, was born on December 4, 1939 to Robert William Pitcher and Elouise Morris Pitcher and brother Robert Gerald Pitcher in Tyler, Texas. He grew up in Bellaire, Texas where he graduated from Bellaire High School. Upon graduating from Sam Houston State University, Bill joined the Navy where he served on the USS Bordelon Destroyer 881. After leaving the service, Bill spent over 40 years in the in the Oil Industry, and retired from Anadarko Petroleum Corporation in 2003.

A memorial service was held on December 16, 2011 at Kingwood Funeral Home.