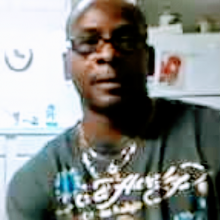 William was a very charming man, leaving an impression on all he crossed paths with. A graduate of Canton McKinley High School, Will was noted early in life to be quite an intellectual scholar. Following high school, Will spent time in New Mexico with his father working in the oil industry. But home for Will was Hall of Fame City and so he returned. Will then completed his college degree through Stark State University and worked many skilled jobs until becoming disabled in 2015.

Services for William will be Thursday, March 22, 2018, at Rhode Memorial located at 723 Cherry Ave NE in Canton at 11a with calling hours at 10a. Friends and family may gather to celebrate his life immediately following service at Garaux Park and Gardens located at 3801 13th St SW in Canton.