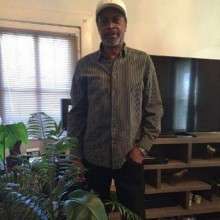 Willard Eugene Briley, 66 of Indianapolis, Indiana passed March 4, 2019. Eugene was born to Eddie and Lola Briley on February 8, 1953 in Omaha, Nebraska. He graduated from North High School in 1971. He married Miss Michelle in 1979 and they lived in Omaha, raising 3 children. At the time of his death he lived in Indianapolis, Indiana for many years.

Eugene was a hard working chemist until he retired in 2018 and was passionate about affecting the most positive change in people. He enjoyed spending time with his grandchildren, family and loved ones.

His children, grand children, friends, and family remember him as a funny loving man who loved life, music, & family. He was a strong man & while battling cancer he never complained & was always positive. His laughter & spirit will always be in our hearts. He still played the drums that he loved so much & we know that he is leading the band drumming in heaven. We love & miss him terribly, but take comfort in knowing he is at peace & watching over us.

A memorial is scheduled for Saturday, March 23, 2019 from 11:00-1:00 pm at Metropolitan Baptist Church 2815 Sutherland Ave, Indianapolis, IN 46205, officiated by William Milton. The Briley family appreciates your sincere condolences and heartfelt sympathies during this time of loss. Eugene will be cherished forever.