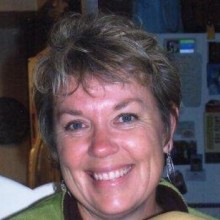 Wendy Ann Baker, 56 of Salinas died Tuesday, August 18, 2015 after a courageous battle with breast cancer. She was born May 24, 1959 in Niles Michigan to Allen John Baker and Maude Ann Fahrbach.

Wendy was one of five daughters. Her parents raised her in rural Northern California where the Giant Redwoods and the Eel river was her playground. She attended High School at the Monterey Bay Academy, and afterwards Pacific Union College where she pursued her interest in Botany.

Deciding on a life of service she graduated from the Maurine Church School of Nursing and served the community as a nurse for thirty years. She initially worked as an ICU nurse at both Natividad Medical Center, Salinas Valley Memorial Hospital, and later Kaiser Permanente Hospital in Oahu, Hawaii. Lately she worked in the outpatient surgical unit at Natividad Medical Center. She met her husband of 27 years, Dr. James Lew while working at Natividad, and after marriage were blessed with two daughters Zoe and Zephone.

Wendy lived life with an intensity and passion that was manifested in everything she did. She possessed an inquisitive mind, was a voracious reader, an avid hiker, and loved tending to her garden. A devoted mother, wife, friend and nurse she touched the lives of many in the community and will be greatly missed.

She is preceded in death by both her parents Allen Baker and Maude Fahrbach.