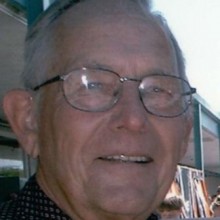 During the Korean War, Urb served in the 45th Division. Upon discharge, he returned to Oklahoma State University to complete his degree in Agricultural Sciences, and finish his college football career.

Urb moved to Salinas in 1955 with his bride, Celine, to start his career in agriculture, which continued for over 40 years in the Salinas Valley. He was a long-time parishioner of Sacred Heart Church and a member of Sons In Retirement (SIR).

He loved reading and later became a docent at the Steinbeck Center. Urb also enjoyed spending time with family and friends, telling stories and talking about history. His Saturdays in the fall were dedicated to Oklahoma State football (Go Cowboys!). Urb was always ready to travel, especially if it was a trip to Reno or Big Sur.

The family would like to thank all of the caregivers who took such wonderful care of our loving husband, father and grandfather.

Donate to VNA and Hospice in memory of Urban.