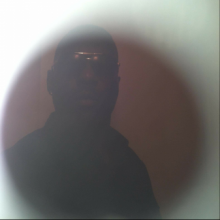 Tyrone Johnson Jr. aka Ty was born in Dallas, Texas, to the proud parents of Gwen Johnson and Tyrone Johnson. He joined St. Paul Baptist Church at an early age under the late Reverend C.D. Knight. He Accepted Christ as his Savior, and was proud to give praise, honor and glory to God!!

Tyrone attended H. Grady Spruce High School. He later attend Remington College and become a Supervisor for MHMR. His proudest accomplishments were his two beautiful daughters: Allyson and Ashley, and his 2 grandchildren. Tyrone's trademark smile and his loving spirit is what set him apart!

Tyrone loved the Lord, and knew his life was in his hands. On Sunday, July 26, 2015, he grabbed his angel's hand and went to live with the lord, where there is no more pain and no more suffering.

In Our Hearts Forever...