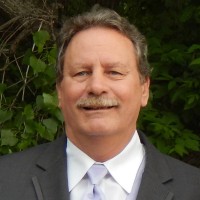 Thomas Lee Williams, 62, of Spring Lake North Carolina passed away on September 10, 2020 after fighting lung cancer for
11 months. Thomas was born on September 21, 1957 in St Paul, MN, the son of Hayden and Verna Williams of Mankato, MN. He graduated from Mankato West HS in 1976. He went on to serve his country in 1979. He served the 2-325 82nd Airborne Infantry in Fort Bragg until 1988
when he was honorably medical discharged. He met his forever beloved, Susan Witmer, in 1982. Together forever they resided in Spring Lake.

After serving the army he received his degree from Campbell University and worked
as a computer tech in the Fort Bragg language lab for many years, until
starting his own security business NC Tactical Security Forces.

Tom’s life was adventurous, and never boring. A man of many stories, one who always had a joke on his lips, a child at
heart, always blunt and truthful, and he was playfully tough. He had a love for his country, politics,
music, Star Trek, and most of all his family.

Tom is indeed an honorable man, son, father, grandpa, brother, and husband who
will be missed dearly.

Tom is survived by his wife, Susan. Together they have 5 children Mark (Jenny)
Witmer of NC, Tonya (Josh) Schummer of MN, Eric (Rehgie) Witmer of NC, Shane
(Kelli) Williams of MN, and Hayden John Williams of MN. He also is survived by 11 grandchildren, 1
great-grandchild, two Sisters Laurie Baker and Nancy Williams, 1 brother he
wanted to meet, David Holderman. His
best buddy Sampson.

Thomas was preceded in death by his parents,
many aunts and uncles, brother-in-law, and his birth brother and sisters.

Condolences can be sent to the love of
his life, Susan at 15 Meadow St, Spring Lake, NC 28390. A memorial has been set
for September 26th 3:00 to 5:00 at 15 Meadow Street in Spring Lake
to honor Thomas. A burial in MN will be
scheduled at a later date.