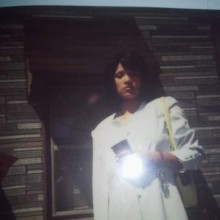 Teri graduated from Jefferson High School in 1986. She married Maurice Gordon in 1988, and they lived together in Louisville. She worked at Wall Street Deli until she retired in 2010.

Teri was an extraordinary woman. There are many in the community who will deeply mourn her passing as her life was full of service, love, compassion and excellence. May she rest in peace.