Psalm 4:8 In peace I will lie down and sleep, for you alone, LORD, make me dwell in safety. 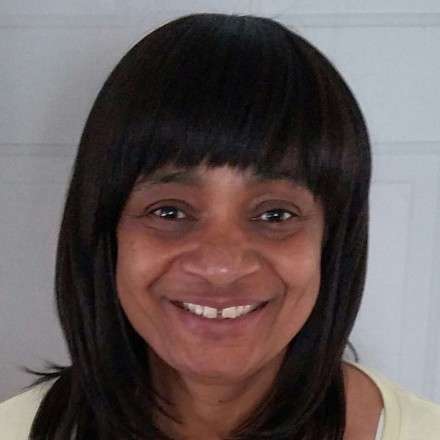 Psalm 4:8 In peace I will lie down and sleep, for you alone, LORD, make me dwell in safety.

"If I were a Butterfly...I would thank God for giving me wings."  -Tami

Tami Marie Brown, 62, died on Sunday June 21st, 2020 in Norfolk, Virginia. After five months of hospice care, she died peacefully in the comfort of her home.

Originally from Saint Louis, Missouri, Tami was born a Jackson on May 17, 1958 to Floyd and Xandria. She is the eldest and only child born of this union.

As a teenager, she sang and danced in a girl group formed with her cousin and two friends. Later in life she'd learn to bellydancing, performing with a local troupe. Her love of music led her to being a huge fan of Michael Jackson. Tami enjoyed the adventures she'd have in her successul attempts to meet him and other celebrities. Over the years, she'd help many make similar memories their own.

Tami had a talent for organizing fashion shows, writing books, providing advice and even giving makeovers. She was very proud of her African and Native American ancestry, spending many hours researching the history of her people and teaching this to her daughter. Finding great pleasure in sharing, discussing and debating what she learned, she took many opportunities to do just that.

Anyone who knew Tami was quickly made aware of her big heart. She took care of an elderly neighbor for a time and later did the same for a terminally ill relative of a family friend. Many years after moving to Virginia, Tami worked as a personal care attendant to people with dementia. She appreciated the stories they had to share, was very attentive to their needs and showed great empathy for them. It was unforeseeable that she herself would begin showing signs of dementia and would receive a diagnosis of Alzheimer's in 2012.

The eight years following her diagnosis, there were tears, smiles, hugs, laughter and a decent amount of swearing. Tami spent most of her time with family and friends. Thanks to her loving brother she was able to visit with family out of state and spend many holidays with her daughter and grandchildren.

A 'Celebration of Life' is being scheduled for the weekend of June 25th, 2022 (postponed due to Covid). It will take place in St. Louis, Missouri. All family and friends are being asked to attend. More details on the event will be provided at a later date.

Donate to Cure Alzheimer's Fund in memory of Tami.