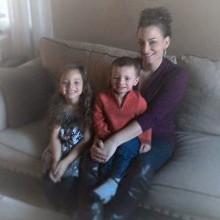 It is with deep sorrow that we announce Stephanie Heine-Cordero, 33, passed away on July 18, 2017. She was born June 10, 1984 in Philadelphia, Pennsylvania. She was the daughter of John (Ruth) Heine and Catherine (Joseph) McGreggor.

Stephanie graduated from Walter B. Saul High School in 2002. She then went on to Standford Brown Institute where she graduated as a certified medical assistant.

On May 15, 2009 Stephanie was united in marriage to Moses A. Cordero in Philadelphia, Pennsylvania.