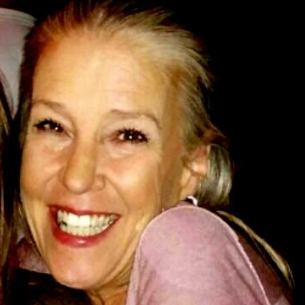 Shari Lynn Taylor, went to be with the Lord on April 22, 2022. After a long, hard fought battle with COPD she passed peacefully in Dallas, TX surrounded by her family and loved ones. Shari was born in Oklahoma City, OK on December 30th 1961. She was a beloved mother, grandmother, sister, daughter, aunt, and a wonderful friend. Shari lit up every room that she walked into. She was always able to make even strangers laugh. Her children and grandchildren were her entire world and everything she did in her life was for them. She was most proud of her seven grandsons and talked about them every chance she got. She is preceded in death by her father, Scott Taylor and her mother Ina Taylor. She is survived by her brothers Mark (Janis) Taylor, Scott Taylor, her three children, Taylor (Matthew) Cieminski, Aaron Herman Grulkey III "Tres" and Montana (Trey) Kloepper and her seven grandsons. Although we are devastated she is not with us anymore we are at peace knowing she isn't suffering and is reunited with her parents and all of her dogs.