Always finding joy in every day 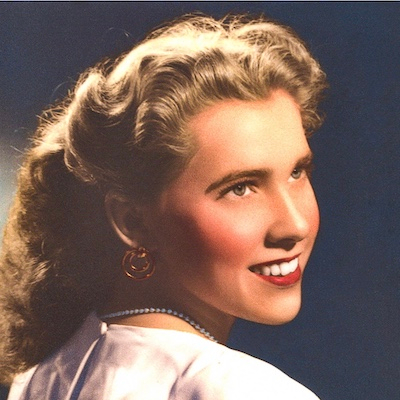 Always finding joy in every day

Rosemarie Schelling (nee Sullivan) passed away peacefully in the early morning of November 30th, 2021 in San Antonio, Texas with her daughter Jenifer lovingly by her side. Rosemarie lived in San Antonio for over 15 years. She was 93 years old. Her husband LTC (Retired) Frank Joseph Schelling preceded her in death in 2005. After Frank’s death, her daughter Johnna visited often in Virginia until Rosemarie moved to San Antonio, where her daughter Jenifer welcomed her to Texas, visiting often and planning many fun outings and holiday celebrations.

Rosemarie was preceded in death by her three brothers, William A. Sullivan (Rosella Mooney), Msgr Bernard O. Sullivan, and John F. Sullivan (Marie McGovern), and her brother-in-law Robert E. Schelling (Elberta Wick). Being raised in a large Irish Catholic extended family, she was blessed with many beloved cousins, nieces, nephews, their spouses, and their children.

Rosemarie was married to Frank for 56 years, traveling around the world with him, including Japan, Germany, and many different countries and states during and after his Air Force career. They married in 1949 after Frank returned from serving in the Mariana Islands during World War II as a pilot, navigator, and bombardier including flying the longest WWII mission in the Pacific Theater. Before she married, she graduated from St. Teresa’s Academy in East St. Louis along with life-long friends including Anne Marie Sak, and where she was class president all 4 years and lead in the Academy’s operetta performances. She then attended Miss Hickey’s School for Secretaries and worked at the St. Louis office of the FBI. She mastered typing and shorthand which came in quite handy raising five children, especially when making out ‘secret’ Christmas shopping lists for the kids. Years later, her niece Joy, who was the daughter of Frank’s brother Robert, married Thomas E. DuHadway, who eventually rose to become the FBI’s assistant director for foreign counterintelligence. Tom & Joy and their sons David and Jay and their families shared wonderful times together when the families lived in Northern Virginia. Rosemarie and Frank’s family were also neighbors and close friends of Marine Corps GEN (Retired) Philip D. and Margaret Shutler’s family – the two families made many great memories together during their time in Virginia, and later the parents traveled together and enjoyed many outings with another neighborhood couple Tom and Carole Brown. Rosemarie held those memories close to her heart once she moved to San Antonio to live at the Air Force Village II (now Blue Skies West) retirement community, where she made many dear friends in the Catholic community, the 1600’s cul de sacs and Liberty House. Sandy Shull became a dear friend from the 1600’s as was June McLaren, Rosemarie’s AFV “sponsor.” Rosemarie also enjoyed friendships with Rudy Carson and Clara Murphy, and cul de sac friends David and Verna Mae Roberson and Dan and Janice Collins.

Rosemarie will be remembered for her love of bird watching, gardening, Ikebana flower arranging, and nature in all its beauty, instilling an ongoing love and appreciation for nature in all her children and grandchildren. For many years, she belonged to the Willow Brook Garden Club in her former home of Annandale, Virginia and won many horticulture and flower arranging awards, never losing her touch for artistically arranging flowers. She was also a very talented seamstress and cake decorator in her earlier adult years and enjoyed exploring cuisine from other cultures, often trying new recipes which became family favorites. Joyful, kind, and always generous with her love and support, Rosemarie was an incredible Mom and “Gram,” a devout Catholic her entire life, and masterful at “taking everything in stride” serving as a beautiful role model for her family. Her life on earth is truly something to be celebrated.

A memorial service celebrating Rosemarie’s life will be on Monday, December 6th at 10 AM at Blue Skies West in San Antonio Texas. Reception and light lunch to follow. Burial at Arlington National Cemetery alongside her loving husband Frank will be scheduled in 2022.

In lieu of flowers, the family requests any donations you care to make in Rosemarie’s memory be made to “Air Force Villages Charitable Foundation” Select : My donation is for “Liberty House.”

For the Benefit of Liberty House

Donate to Air Force Villages Charitable Foundation - Select : My donation is for “Liberty House.” in memory of Rosemarie.