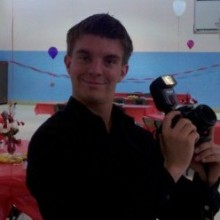 Robert graduated from Grants High School in 2014 and was currently attending University of Colorado: Boulder in pursuit of a degree in Elementary Education.

Robert was a man of many passions. Growing up, he was very active in raising and showing animals for the local 4-H program, with his greatest success winning first place in the lightweight swine division during his junior year of high school. He was also involved in multiple extracurricular activities, such as tennis, baseball, science fair, photography, National Honor Society and competing in 5K runs. After high school, Robert decided that he wanted to give back to the community that helped him grow into the person that was, so he decided to go to college to achieve a degree in education with the goal of helping children in small, rural towns prosper and succeed. Robert was preparing for his student teaching program to complete his degree before the time of his death.

Robert is survived by his girlfriend, Paula; his parents, Roger and Kim, and his brothers, Seth and KC.

No funeral services will be conducted, however a memorial service will be held on April 7th, 2018 at the gazebo off of Forest Service Road 453 on Mt. Taylor to enjoy one of Robert's favorite places to explore and camp. We also plan to share our personal experiences with Robert, as well as celebrate the life he lived. The memorial service will begin at 10:00 AM.

DIRECTIONS: Stay on the main road up Mt. Taylor until you pass Coal Mine Campground. Continue driving for 7.4 miles, and then turn right to Forest Service Road 453. Continue on 453 for 1.8 miles. The gazebo will be on the left. Balloons will be placed to help guide guests.