Always in our heart... 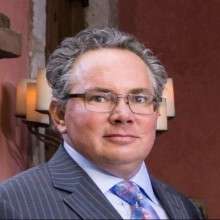 Always in our heart...

Robert Benjamin Greiman, 48, of Mesa, Arizona, passed away on Friday, February 22nd in Gilbert, Arizona from strep pneumonia. A private memorial will be held at a later date.

Robert was born in Britt, Iowa on July 13, 1970, to David and Jean Greiman. He graduated from McClintock High School in Tempe, Arizona. He had fond memories of participating in marching band as well as the Speech & Debate club including winning 1st in State for original oratory. Robert went on to attend Arizona State University where he won 1st in South Western Regional Speech and Debate. With a continued spirit for learning, Robert attended Northern Arizona University, Drake University, and Buena Vista College in Storm Lake, Iowa. He graduated with several degrees including a degree in Social Science Philosophy and Religion. Robert dedicated a lot of his time volunteering for the Democratic Party in Iowa and enjoyed working as a professional property manager. He found many joyful and peaceful moments with his hobbies of baking, gardening, and reading.  Robert especially enjoyed spending time with children and baking cakes for birthdays, weddings, and events for friends and family.

Robert is preceded in death by his grandmothers Margaret Greiman and Daphna Suprik; grandfathers Floyd Greiman and George Suprik; and aunts JoAnn Blank and Kathy Suprik.

The family of Robert wishes to extend our sincere thanks to the Mercy Gilbert Medical Center's doctors and nurses for their exceptional support and care.