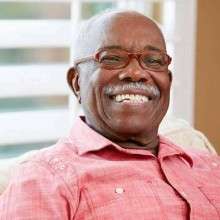 Paul Anthony died on May 1, 2017, at home surrounded by family after a long battle with Parkinson\'s disease. Born in Jersey City, New Jersey, on July 6, 1932, Tony moved to River Edge, New Jersey, with his family in 1943.

After graduating from high school as valedictorian at the age of 16, he graduated from the University of Notre Dame four years later and married his high school sweetheart, Jean Brennan. Tony\'s first love was always his family, especially his beloved wife of 62 years, who he is rejoining after a brief five weeks apart.

They are survived by their six children: Susan Mello, Kim Anthony, Cynthia Stoutenburgh, Christopher Anthony, Mary McNulty and her husband Brian, and John Anthony and his wife Katie. Their 13 adored grandchildren include Edward Mello and his wife Ashley, Christine Dargan and her husband Preston; Kathryn Polk and her husband Steven; Kristen, Alex, Dennis, and Mary Stoutenburgh; Molly and Caitlin McNulty; and Paul, Elizabeth, Maria, and Michael Anthony. Nine great-grandchildren complete the family: Auburn, Alden, Elliot and Treyvor Polk; Wesley, Decker, and Birdie Mello; and Henley and Madeline Dargan. Tony is preceded in death by his parents, Chester Anthony and Mary Bini, and his sister, Marilyn Nast. Tony is survived by his sister\'s three children, Debra Ancona, Christian Nast, and Pam Nast, his brother-in-law Christian Nast, and his sister-in-law Carol Brennan.

After graduating from Notre Dame, Tony served in the U.S. Army for two years in Maine and then moved to Texas where he made his mark in sales with Bagcraft Corporation of America. Always popular with young people, his children\'s friends and especially his grandkids, he had a quick wit and a genuine humility. While raising his family, he served as President of the School Boards of St. John the Apostle School and Nolan Catholic High School and also coached the golf team at Nolan and Little Dribblers Basketball. Tony conveyed his love of Notre Dame to his children, five of whom graduated from there, to his grandchildren who have continued the tradition, and to all who would listen to him talk about Notre Dame football. He held Our Lady\'s University in high esteem all his life. After his family and Notre Dame, Tony got the most joy out of talking to people, kidding around with them, and making them smile. Tony loved Jersey City and his days there on Storms Avenue, Italy, Frank Sinatra, the Jersey Boys, country music, Meals on Wheels, the Catholic church, the Dallas Cowboys, the New York Yankees, golf, rigatoni, lasagna, cannolis, scotch, red wine, JuJuBee\'s and Cherry Garcia ice cream. His Italian cooking skills brought pleasure to many people and raised countless funds for charities.

We thank the amazing staff at Belmont Village Senior Living Turtle Creek for their heartfelt care, genuine love, and willingness to take a barb or two in stride for the last two years. We also thank John S. Webb and his staff for their compassionate care over the years.

The family asks that any donations made in Tony\'s honor be made to the University of Notre Dame. The Mass of Christian Burial will be held on Tony and Jean\'s 63rd wedding anniversary on Monday, May 15, at Christ the King Catholic Church, 8017 Preston Rd, Dallas, Texas 75225. The visitation will start at 10:00 a.m. followed by the Funeral Mass at 11:00 a.m.

The Journey of My Life

It was beautiful as long as it lasted, the journey of my life.
I have no regrets whatsoever
save the pain I’ll leave behind.
Those dear hearts who love and care …
and the strings pulling at the heart and soul …
The strong arms that held me up
when my own strength let me down.
At every turning of my life I came across good friends,
friends who stood by me
even when time raced by me.
Farewell, farewell my friend.
I smile and bid you goodbye.
No, shed no tears for I need them not.
All I need is your smile.
If you feel sad do think of me for that’s what I’ll like.
When you live in the hearts of those you love
remember then, you never die.

Donate to University of Notre Dame in memory of Paul.