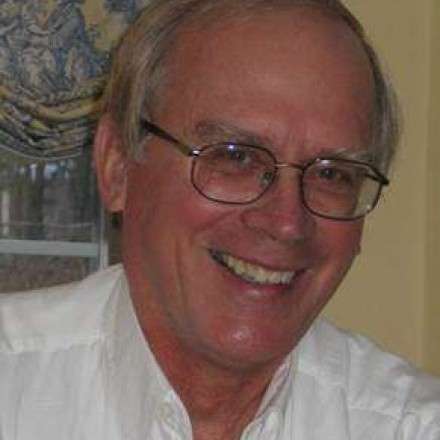 Paul Curtis Tangeman, 72, died Monday, June 24, 2019 after a truly heroic battle with cancer. He died peacefully surrounded by his loving family to whom he was so deeply devoted.

He is survived by his wife, Debbie, of forty-nine years, two daughters, Karen and Jennifer, and their families including husbands Jason and Brad, respectively, and five grandchildren: Luke (13), Anna (11), Nate (8), Nora (3) and Remy (3 months). Paul also leaves nephews, cousins, and many loyal friends.

Paul was born on September 5, 1946, in Clear Lake, IA. As a child he was a clarinet-playing Midwestern Eagle Scout, living in Iowa, Kansas City, Alabama, and Nebraska. He attended the University of Nebraska where he majored in chemical engineering and played on the tennis team.

Paul worked at DuPont for thirty-five years, initially as a chemical engineer and ultimately as a business development executive, with honorable loyalty and an exemplary work ethic. He was a dedicated member of the Catholic church, serving as a Eucharistic and homebound minister, and an active volunteer at United Way. He ran multiple marathons, enjoyed Mozart and jazz, loved baking and cooking, and cultivated rose breeds at each of his homes. He loved dachshunds, body surfing, and history. Paul was a patient conversationalist, appreciated his life, gave more than he took, rarely sought recognition, unquestionably helped those in need, and cherished his relationship with God. As a devoted father and grandfather, he could often be found playing on the floor with the kids.

A celebration of life will be held this Friday, June 29, at 10:00am at St. Raphael Archangel Catholic Church in Raleigh, NC, followed by a ceremony at 11:00. In lieu of flowers, donations can be made to the Duke Cancer Institute by contacting Doris Pope at 919.385.3129.