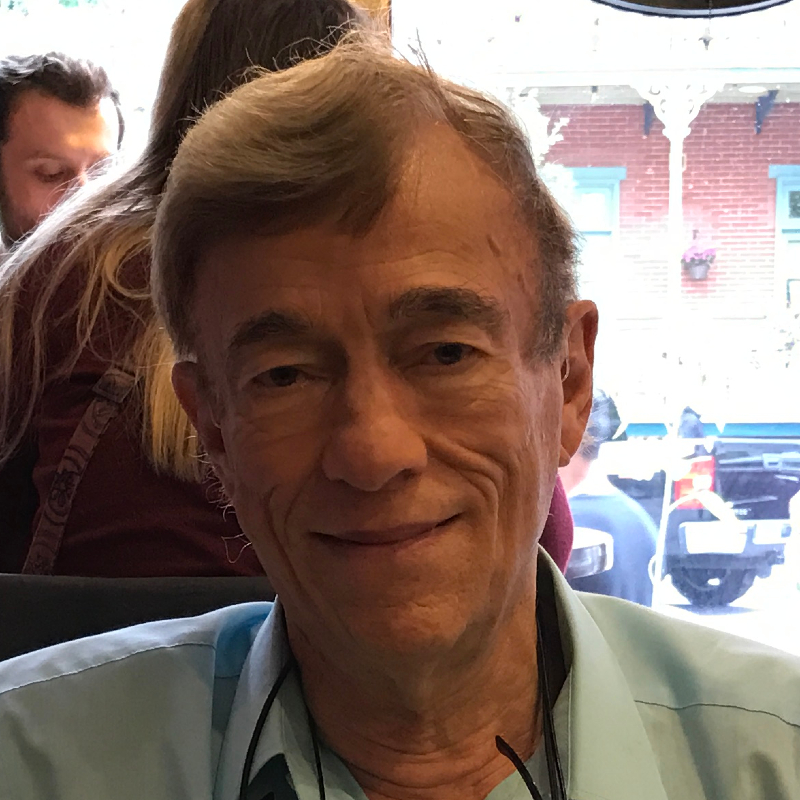 Paul Calhoun Waser, 83, died peacefully after a two-year battle with lung cancer at his home in Orlando FL, on January 1, 2022. He was a former resident of Philadelphia and Bucks County, Pennsylvania.

Paul was the son of the late Margaret Calhoun Waser and Carl Hermann Waser, both of Philadelphia. He is preceded in death by his sister Margaret Ann “Marcy” Brandau. He is survived by his spouse Arthur James Tourot and his sister Anita Jane Waser of Boca Raton, FL. He is also survived by nephew Robert S. Brandau, Washington, D. C., niece Margaret Jane Dodson, Tampa FL, and three great-nephews, Cameron, Brian, and Jason Dodson.

Paul was born on June 3, 1938. in Philadelphia, Pa. The family home was on Erlen Rd, so he attended Benjamin Meyers Elementary School, where he was President of the Student Council. Then to Elkins Park Junior High and Cheltenham High School, where he participated in wrestling, track, and cross country. Summers were spent on the Chesapeake Bay, where Paul taught sailing at Echo Hill Camp, owned by his parents and operated for teen boys and girls. He was an avid spelunker. In 1961 Paul graduated from Swarthmore College with a B.S. in mechanical engineering and was a member of Sigma Tau Beta Pi, an honorary engineering society. He earned an M.S. and completed coursework for Ph.D. in engineering mechanics at the University of Pennsylvania, Philadelphia.

Following his dream of being involved in the space race, he began his career with Thiokol, Reaction Motors, Denville, N J. After the Apollo astronauts walked on the moon in 1969, Thiokol closed its plant, and Paul joined the family business Precision Thermometer and Instrument (PRINCO), Southampton, PA. He rose to become President and C.E.O. In 2017, he closed the company and in 2018 moved to Orlando, FL.

On September 28, 2021, Paul's spouse caused a Sycamore tree to be planted in the side yard of their home in Orlando to celebrate their almost 23 years together. Arthur then shared the following piece to family and friends;

From Philadelphia, Pennsylvania to Montreal, Canada, and Wildwood, New Jersey to Fort Lauderdale, Key West, and Orlando, Florida, and a million other places in-between- Wooba, you and I will always be puttin' around together!"

The burial will be at Hillside Cemetary, 2556 Susquehanna Road, Abington, Pennsylvania, 19001 at 2 pm on Friday, January 28, 2022. This will not be a traditional funeral service, it will just be the burial. Anyone who wishes to share a memory about Paul may do so at the cemetery. Afterward, the reception will be at a local restaurant called Bonnet Lane Family Restaurant, which is located at 1720 Old York Road, Abington, Pennsylvania 19001.